Who remembers a failed technology project in healthcare?

Why do some programmes become “bigger than Ben Hur” with all the theatrics of a Hollywood production – and then fail at the box office?

Why do others become forgotten or just abandoned?

If you have been part of a health technology program in need of resuscitation – you will sympathise and learn from Prof Trish Greenhalgh’s breakfast presentation: Why do health IT systems fail?

Prof Greenhalgh talks about the application of an insightful tool to assist early decision-making.

Keep your programme on track! Join us for a robust discussion and to hear about ways to avoid failure.

This exclusive event is for everyone working in healthcare who has been invited on to a project team or been part of a technology program – from program sponsors, program managers and the clinicians they work with to system designers, analysts, change managers, administrators, policy directors and finance managers.

HISA breakfasts have been approved for up to 1.5 contact hour of continuing education credit toward renewal of the CHIA credential. Click here for more information on becoming a certified health informatics professional. 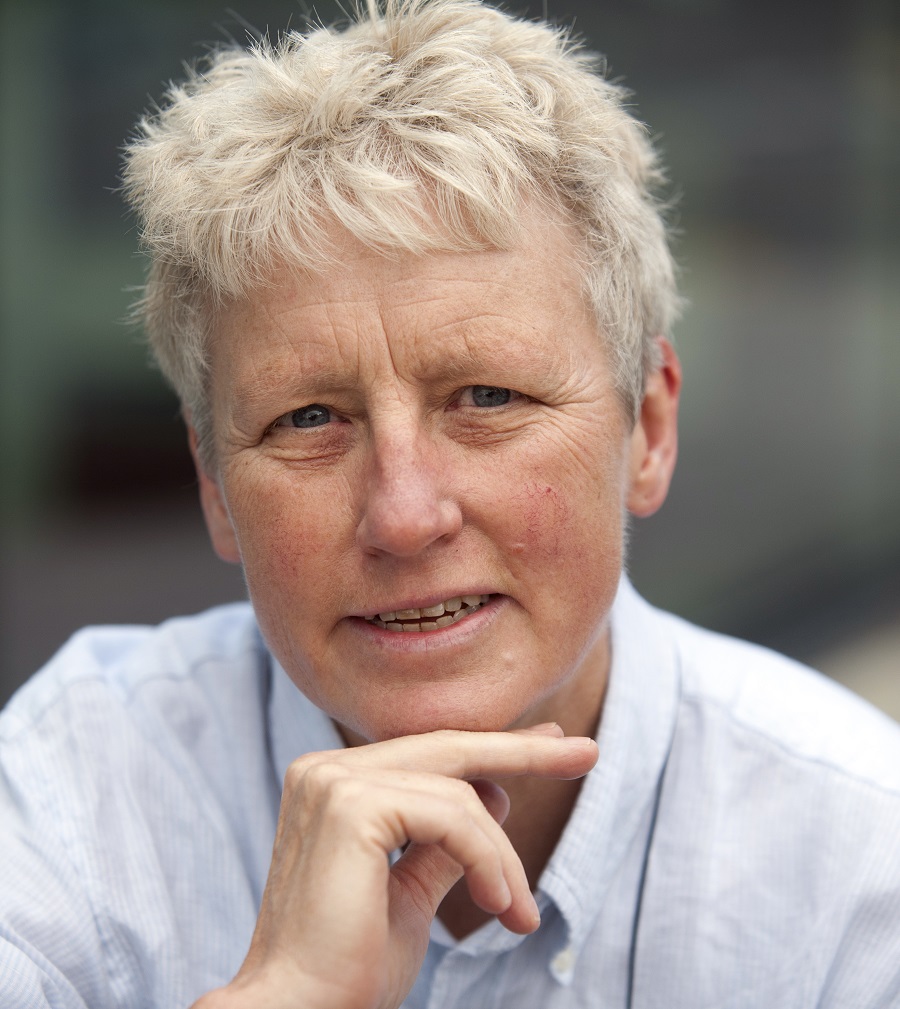 Based on Prof Greenhalgh’s acclaimed Paper – Beyond adoption: A new framework for theorizing and evaluating nonadoption, abandonment, and challenges to the scale-up, spread, and sustainability of health and care technologies.

Trish Greenhalgh is an internationally recognised academic in primary health care and trained as a GP. She joined the Department in January 2015 after previously holding professorships at University College London and Queen Mary University of London.

As co-Director of the Interdisciplinary Research In Health Sciences (IRIHS) unit, Trish leads a programme of research at the interface between social sciences and medicine, with strong emphasis on the organisation and delivery of health services. Her research seeks to celebrate and retain the traditional and humanistic aspects of medicine while also embracing the unparalleled opportunities of contemporary science and technology to improve health outcomes and relieve suffering.

Three particular interests are the health needs and illness narratives of minority and disadvantaged groups; the introduction of technology-based innovations in healthcare; and the complex links (philosophical and empirical) between research, policy and practice.

Trish is the author of over 300 peer-reviewed publications and 16 textbooks. She was awarded the OBE for Services to Medicine by Her Majesty the Queen in 2001 and made a Fellow of the UK Academy of Medical Sciences in 2014. She is also a Fellow of the UK Royal College of Physicians, Royal College of General Practitioners and Faculty of Public Health

HISA is in the market for an Partnerships and Accounts Manager. If you care about working for an organisation that cares, with a significant growth strategy and an ‘all hands on deck’ approach then this role may be for you. We are looking for an enthusiastic and passionate Partnerships and Accounts Manager extraordinaire to join our ever-growing team. We are a not for profit company that provides leadership, advocacy and support for Australia’s digital health community.

As the peak professional body, we provide a national focus for digital health and opportunities for learning, professional development and networking to the diverse and growing community at the intersection of healthcare and technology. Our partners love us, so you will have an existing portfolio of loyal partners to continue building a relationship with and with the world turning their heads to digital health the opportunity for growing the portfolio is endless!

And the practical experience and skills required

Apply for this job
Conference and Events Manager

To succeed, you will have experience managing large scale 500+ delegate size conferences. Our team manages over 50 events a year – from conferences to webinars, breakfasts and branch events. We are already in the motions of planning a range of our events so we need you to hit the ground running and enjoy the challenge!

You will be responsible for the end-to-end event management of national conferences while taking ownership of certain areas on the international conferences. There will come a time where we will need your hands-on attitude to assist with smaller events too.

The role is not suitable for those with minimal experience or new graduates. Conferences need to be in your blood, and you should have a few battle scars.

You will love this role for the following reasons

You will have demonstrated ability in

Apply for this job
Marketing and Engagement Manager

We are looking for an enthusiastic and creative Marketing Manager extraordinaire to join our ever-growing team. We are a not for profit company that provides leadership, advocacy and support for Australia’s digital health community. As the peak industry body, we provide a national focus for digital health and opportunities for learning, professional development and networking to the diverse and growing community at the intersection of healthcare and technology. With the world turning their heads to digital health the opportunity for building and running successful marketing campaigns is immense!

And the practical experience and skills required

Apply for this job
Workforce and Professional Advancement Director

HISA’s Workforce and Professional Advancement (WPA) Division exists to build the capacity of Australian health workforces to confidently and competently use and drive uptake of connected digital services. We aim to equip Australian health workforces for their participation in health’s digital future. We do this through working collaboratively with the sector and harnessing the expertise of committed volunteers and subject matter experts to define digital health competency standards; develop professional individual accreditation programs; provide links between providers and users of training and education; and supporting organisations to build digital health capacity.

Our vision is for all healthcare professionals to have access to resources that will support them in confident and efficient use of digital services, for health sector leaders will have access to best-practice support networks, and digital health workforce and professional advancement will be embedded as “business as usual” throughout the health sector.

To succeed, you will have

Apply for this job
All Organisational Members Receive:

* ACADEMIC INSTITUTIONAL MEMBERSHIP eligibility criteria: AIM is for tertiary institutions that have health informatics programs or courses (teaching and/or research) – does not need to be specifically named HI course, e.g. public health, health information management etc. is ok. Provides HISA memberships for all faculty and higher degree by research students (Masters by Research or PhD students).

The CXIO Network aims to provide a common platform for clinical leaders in digital health to share information – from innovations to emerging clinical issues and solutions – in order to deliver improved patient care.

HISA and HIMAA have recommended health informatics and health information management expertise is present at all levels of governance within a proposed Australian Commission for Electronic Health (ACeH).

This publication is the second volume in HISA’s Thought Leadership Series. It represents a compilation of the content presented at the conference, as well as themes raised in discussions and networking. We thank Nigel Chartres who has authored this report and all presenters and attendees who contributed directly and indirectly to the content.

This publication is the inaugural volume in HISA’s Thought Leadership Series. It represents a compilation of the content presented and the discussions held at Data Governance 2011. We thank Nigel Chartres who has authored this report and all presenters and attendees who contributed directly and indirectly to the content.

This position statement has been developed to recognise the pivotal role of nurses in the widespread implementation and adoption of digital health technologies throughout the healthcare sector for the primary purpose of improving safety and quality of patient care. The successful planning, implementation, management and sustainability of such technologies cannot be achieved without the unique contribution of nurses.

The competencies set the minimum requirements in terms of skills, knowledge, understandings and capabilities that will enable a candidate to perform in a professional environment. The competencies serve to define what health informatics professionals know and do. This framework can also be used as a set of guidelines for recruiting purposes, definitions of career pathways, or the design of educational and training activities.

They provide the context in which the questions for the CHIA exam have been developed.

The Guidelines serves as a resource to assist the health sector as a whole, and especially healthcare professionals, to protect the personal health information (PHI) they require to do their work, and to meet their role and responsibilities.

They describe key security and privacy issues faced by healthcare organisations and offers guidance for responding to these issues. It is not an all-encompassing guide on the protection of PHI; rather, it is designed as a stepping stone to help healthcare organisations address common concerns, avoid confusion, and prevent misunderstandings. http://healthprivacy.org.au/

The Australian eSafety Professional Practice Guidelines are being released for trial implementation initially, as it is important to acknowledge that patient safety in relation to digital health systems is a topic that continues to evolve, with a growing evidence base and emerging best practices being applied in a number of countries and jurisdictions. The guidelines are the first publication specifically tailored for the Australian digital health sector.

A comprehensive body of knowledge that focuses explicitly on the needs of practitioners in the field of health informatics in Australia. It also covers the competencies tested in the CHIA exam; a valuable asset for CHIA candidates.

If you purchased the first edition of A Practitioner’s Guide to Health Informatics in Australia, please email [email protected] for a special price to purchase the second edition.

In the issue of the Medical Journal of Australia published just prior to the November 2007 election, a number of commentators including the Federal Minister and Shadow Minister reflected on the Australian health system and their plans for its future. The members of the Health Informatics Society of Australia (HISA) believe there is a yawning gap in this analysis both in terms of the size of the problem and how it might be fixed.

On behalf of Australia’s digital health community, HISA commends this submission to the Sustainable Health Review Panel, and wish them well in their deliberations. Our Board and members would welcome further involvement in the review process, either within the Panel’s current terms of reference or beyond.

The Health Informatics Society of Australia (HISA) made a proposal to the E-Health Branch of the Australian Department of Health and Ageing (DoHA) that a review of the health informatics workforce be undertaken and were subsequently contracted to „prepare a background discussion paper which sets out the scope and structure of the health informatics workforce and draw together a summary of the key issues, gaps and opportunities for further work to be undertaken on this issue’. This then is a scoping study.

The Australian Healthcare and Hospitals Association (AHHA) has convened three groups of experts, clinicians and academics to develop practical policy options across a range of areas.

Late 2006 CQU established the electronic Journal of Health Informatics (eJHI) with a large international editorial board.

In the issue of the Medical Journal of Australia published just prior to the November 2007 election, a number of commentators including the Federal Minister and Shadow Minister reflected on the Australian health system and their plans for its future. The members of the Health Informatics Society of Australia (HISA) believe there is a yawning gap in this analysis both in terms of the size of the problem and how it might be fixed.


** CONCESSION MEMBERSHIP.
Student: Must provide proof of full-time enrolment.
Concession: Members must hold a government health care card and provide a valid copy upon registration.
Retired: Retirees who have been ordinary members for the past 2 years. No voting rights & cannot be elected onto the board or committees.